Coworking World: The History Of The Shared Work Space 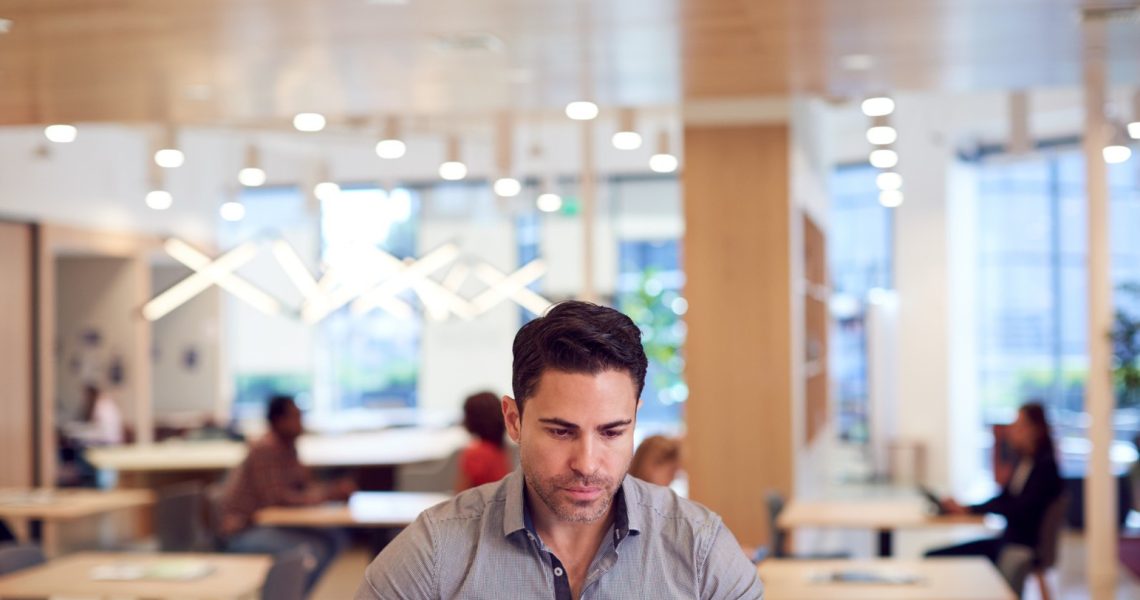 Many people have heard about coworking spaces, but they didn’t always exist. The reality is coworking, or today’s definition of coworking, started back in 2005.

It gave a solution to freelancers and folks who work from home, and many others.

While the first modern coworking space started in 2005, plenty of prototypes sprung up years before.

For example, there was something called the C-space in Berlin, which is now considered a hackerspace. This was founded in 1995.

People look at hackerspaces as something from the past, but they were the beginning of workspaces, so Berlin was ahead of its time.

In New York City, back in 1999, another type of space was established.

It wasn’t as dated as the hackerspace, but it didn’t look like modern coworking spaces. The space had enough room for large teams and regular folks. This particular coworking space was missing what makes today’s coworking space special, which is a focus on community.

Coworking spaces were created because Neuberg loved to work on his own but missed the structure that an office offered. That structure also allows a sense of community, even if workers were doing their own thing.

He envisioned an office space where people like him could come together, work, and become a part of a unit.

Neuberg used his experience to create this space because he knew he wasn’t the only freelancer who missed the sense of community that an office space gives you.

No, you might not need that stranger in the cubicle next to you to finish your tasks, but you need human connection. The bottom line is that people are social creatures, and isolation hurts productivity.

He must be right since these sorts of workspaces take off. They aren’t only popular; some of them have taken things to the next level, like the Creative Executive Space in Fort Myers, FL.

The first official coworking space was in the city of San Francisco. The space was none other than Spiral Muse, which belonged to a feminist collective.

The person who allowed Neuberg to try out his coworking space experiment was Elana Auerbach. The space was relatively small, and Neuberg was only allowed to use it twice a week.

That wasn’t often, and he still had to pay $300 a month for rent. He believed in his idea; even his father believed in him since he offered to pay the first month’s rent.

He kept the profits made from his experiment.

It wasn’t enough to make him a billionaire, but it was enough for him to move to the Hat Factory, which was a lot bigger. This took only a year to accomplish.

It wasn’t long before other similar spaces opened up, like the Hub at the Angel Station, in London. There was also the St. Oberholz that was in Germany. It was one of the earliest cafes that made coworking possible.

The Movement Began to Grow

The movement kept growing. Coworking spaces sprung up across the nation in large cities, like Austin, New York City, Los Angeles, and many more.

It wasn’t long before the Global Coworking Unconference Conference was established. This happened in 2009, and the conference is considered a significant influence in the coworking industry that continues to get bigger.

By 2012, there were many spaces worldwide, and it all started with one. Now, folks can find thousands of locations around the world.

The coworking industry is so big that there are franchises. Some of the biggest names are Impact, Hub, We work, and Industrious, to name a few.

This industry continues to build itself up, and it’s exciting to watch.

Spaces such as Creative Executive Suites merge the coworking concept with the privacy of a traditional office with Executive Suites, which are private offices within a communal setting. With access to communal facilities such as meeting rooms, restrooms, and break rooms, this is the best of both worlds.